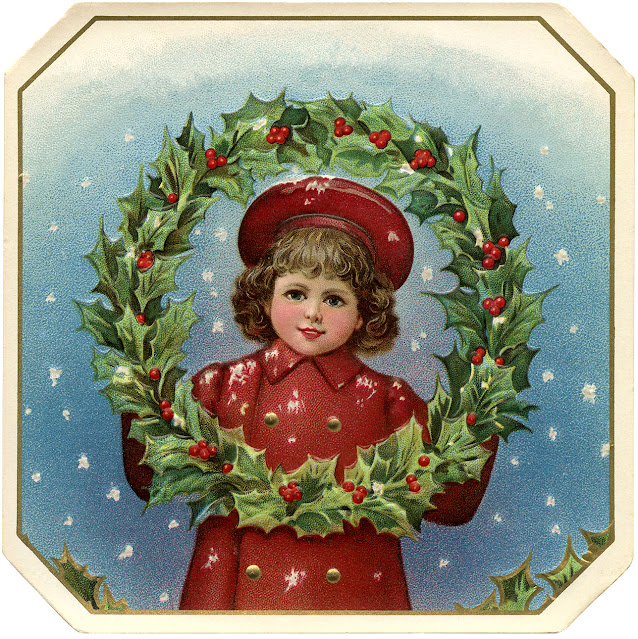 Sorry for missing yesterday's post! Christmas Eve just got away from me, so I will be posting the last name tomorrow for Boxing Day!

This is a guilty pleasure of mine that I could really see working. For girls, it has the vintage glam of Judy Garland, for boys it is a coveted unisex nature name, and absolutely perfect for a Christmas baby.

The word garland comes from the French guirlande, which itself came from the Italian ghirlanda, which meant "a braid". Garlands are a typical decoration for a celebration, from Christmas' tinsel and popcorn garlands, to the traditional Hawaiian lei, which is often given at graduations and weddings. In India, flower garlands are popular for any sort of festival, and are often bestowed on the effigies of their Gods, the most common flowers being jasmine.

In the 16th century, both northern and eastern Europeans began to really popularize the Christmas tree tradition (with Germans being credited with the original "Christmas tree") and would cut the trees into a uniform shape or size. Instead of simply tossing the limbs, they were woven into a garland and used to give their homes an even more festive look. Eventually, they were associated with the perfection of the divine and eternity because of the circular shape. The rest, is history!