Showing posts from January, 2017
Show all

French actress Suzanne Bianchetti Suzanne - I'm really intrigued by this name here lately, after first coming across it in this post on Jolis P rénoms , and then realizing it was quite popular in France. Could it work over here? Gustaf - I was really pleasantly surprised when I saw this name in this post The Best Gift of Life , where it was this woman, Emelie's, husband's name. Gustaf is an absolute guilty pleasure of mine, and I love seeing it in use. They also have a equally wonderfully named daughter,  Nico Anaïs Rio Belle - she goes simply by her second middle name. Colter - At my job I meet a ton of kids. The other day I met a little boy named Colter (not sure on the spelling). I wonder if it was a family name? Possibly inspired by explorer John Colter? I can only hope it wasn't after a certain Ms. Coulter...
Post a Comment
Read more

Anouk Aimée Anouk - Origin: Dutch and French Gender: Female Meaning: A diminutive of Anna, "favor" or "grace" Pronunciation: ah-NOOK Other forms: Anna, Anke, Anneke, Ninon Combos: Anouk Meraud, Anouk Evangeline, Penelope Anouk, Marianne Anouk, Sophie Anouk Anouk is another one of those "if I was French/Dutch I would totally use that" sort of names. While I think Anouk would fit in swimmingly in America, it's just not for me to use. French actress Anouk  Aimée   was born Nicole  Françoise Florence   Sorya Dreyfus to actor Henri Murray (Henry Dreyfus) and actress  Geneviève Sorya. She made her film debut at age fourteen, playing "Anouk" in La Maison sous la mer , and kept the name. Later, while writing  Les amants de  Vérone specifically for her,   Jacques Prévert suggested she take the last name  Aimée (which means "beloved" in French)  "that would forever associate her with the affective power of her screen roles
Post a Comment
Read more 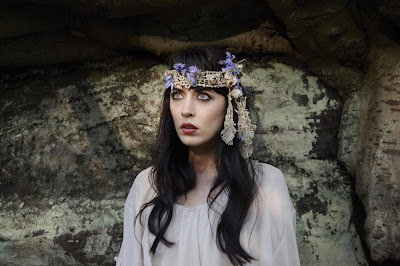 Nolwenn Leroy Nolwenn - This charming Breton name is said to come from the phrase " Noyal gwenn", meaning "holy one from Noyal" (though some claim it means "white lamb"), is one I can't get my mind off of. It would fit in perfectly in America, and is unusual without being too strange. Breton singer Nolwenn Leroy is also beautiful in a mystical, Arthurian way that only adds to name's charms. Ellis - I watched the WWII film "Black Book", which tells the story of Rachel Stein who, in order to survive, starts working for the Dutch resistance under the name of Ellis de Vries. I can't find any information on the name's use among the Dutch but I think it's really lovely. Mahershalalhashbaz and Amatus - I recently watched a clip of actor Mahershala Ali on Jimmy Kimmel talking about the baby he's expecting, and how they want something unique, but maybe not as unusual as their names. They talk some about his name, and ho
1 comment
Read more 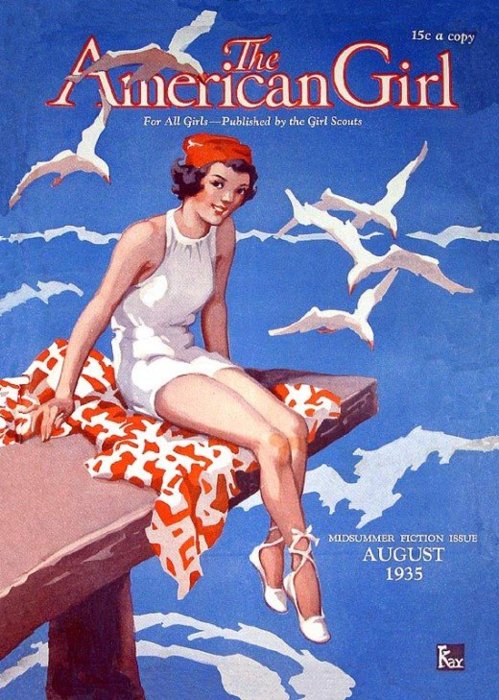 The American Girl, August 1935 Yikes, I got sidetracked again! I'm so sorry and I'm definitely finishing these this time! August is the eighth month of the year. Originally called Sextillis , as it was the sixth month of the original Roman calendar, it wasn't until 8 BC that it became the eighth month and was renamed after Augustus . It was a month of many festivals, like Tiberinalia, which honored the god "Father Tiber" or Tiberius, and celebrated agricultural bounty, or Nemoralia, the "festival of torches", which celebrated the goddess Diana Nemorensis or Diana of Nemi , "Diana of the woods". This festival was later adapted into The Feast of Assumption. During August there are several meteor showers that are visible, like the Kappa Cygnids, and the Southern Delta Aquariids, named after the brightest star, Delta Aquarii in the constellation Aquarius. The birthstones of August are peridot and sardonyx, a type of red onyx. Flowers are
Post a Comment
Read more
More posts