Showing posts from June, 2018
Show all

The Queen Becomes a Great-Grandmother Again!

Mike and Zara The Queen's granddaughter, equestrienne Zara Tindall, has given birth to another little girl, Lena Elizabeth Tindall, a sister to Mia Grace, with her husband rugby player Mike Tindall. And they have also confirmed they are pronouncing it "LAY-na" instead of "LEE-na".
Post a Comment
Read more

Edwige Feuillère La Révolution française - I've been watching the two part film (" La Révolution française: les Années lumière" and " La Révolution française: les Années terribles")  about the French revolution that came out in 1989 on Youtube (first part here ) and greatly enjoying it. It is so far historically accurate and very educational while also being entertaining, something most films and books fail to do when dealing with such content matter.  The cast is very pan-European and have some very interesting names. History + historically accurate costumes + interesting names = a winner for me! Below are some of the ones I like the most (I put who they played in parenthesis, as many of those are beautiful as well, or more unusual than the actor's names). Andrezj Seweryn (Maximilien  François Marie Isidore de   Robespierre ) Vittorio Mezzogiorno (Jean-Paul Marat) Philippine Leroy-Beaulieu (Charlotte Corday) Liliane  Rovère (A woman) Klaus Ma
Post a Comment
Read more

Brigitte Danish actress and model, best known for playing the title role in "Red Sonja" and "Rocky IV", has given birth at age fifty-four to a girl with her husband, Mattia Dessi. They have called her Frida. She has four other children, Julian Winding, Killian Marcus Gastineau, and Douglas Aaron and Raoul, Jr. Meyer.
Post a Comment
Read more 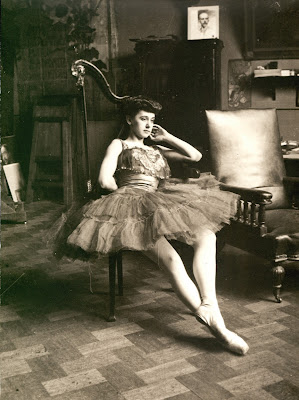 Tamara Karsavina Origin: Russian Gender: Female Meaning: "Date palm" Pronunciation: ta-MARR-ah, TAM-ah-ruh Other forms: Tamar, Tammara, Tamera, Thamar, Tamari This beautiful Russian name has almost worldwide appeal, being used in Poland, Croatia, Hungary, Italian, and Spain, just to name a few, and a rich history that lends it an almost classic appeal. Tamara comes from Biblical Tamar, a Hebrew name meaning "date palm". The fruit of the date palm, also know as the  Phoenix dactylifera,  have been a staple food in the diets of the Middle East and Indus Valley for thousands of years. In Ancient Rome they used the palm fronds from this plant to symbolize victory in triumphal processions, and renderings of these plants can even be seen in frescoes from Pompeii. And for a fun little factoid dates are referenced fifty times in the Bible; twenty times in Qur'an. The story in the Bible is as dramatic as any soap opera, but I'll try to sum it up fairly
Post a Comment
Read more

"Ferdinand lured by Ariel" by John Everett Millais Ferdinand -  Origin: Germanic Gender: Male Meaning: "Brave voyager" Pronunciation: FUR-di-nand Other forms: Fernand, Ferran, Ferdinando, Ferdynand, Hernando,  Nándor/ Ferdinanda, Fernande Combos: Percy Ferdinand, Jasper Ferdinand, Ferdinand Xavier, Ferdinand Poe I think this name is regal and handsome, and has a wonderful meaning along with a great history, having been used by both Shakespeare and royalty alike. Ferdinand came from Ferdinando , an old Spanish form of a Germanic name made up of the elements fardi , "journey", and nand , which meant "brave" or "daring". Put together more poetically it's "brave voyager". Ferdinand hasn't ranked in the US since 1971, when it was way at the bottom at #984.  This name first truly struck me when I saw actor Sir Ben Kingsley used it for one of his sons (the other two are named Thomas Alexis and Edmund), who is al
Post a Comment
Read more

"Summer" by Henrietta R. Rae Harpa - Summer is my least favorite season. Here in Texas it's oppressively hot -just stepping outside makes me break into a full blown sweat - and because of that I want to stay constantly indoors in the vicinity of the nearest fan. But I've always thought the name Summer was pretty, ever since I was little and I met an older girl with the name. Unfortunately nowadays it reads more 90's than fresh - but that doesn't mean you're out of options. I stumbled across an interesting one - Harpa - which was ranked #12 in Iceland in 2015. Harpa was the name given to the first summer month in the old Icelandic calendar, which divided the year into winter and summer, both of which have six months. Where the name Harpa comes from exactly is debated; some believe it's the name of a pre-Christian Goddess, though there's not much to confirm that theory. If you're interested in more summery names check out my previous post
Post a Comment
Read more

Yael Stone Australian Actress Yael Stone has given birth to her first child, a girl, with husband, actor Dan Spielman. They've named her Pemau, and in a statement said this about the name:  "She was named after her great great great grandmother who provides a powerful link to the past, the Bancrofts' oldest link to the Djanbun clan of the Bunjalung nation."   The Bunjalung people are a tribe of Aboriginal Australians.
Post a Comment
Read more
More posts