Showing posts from September, 2013
Show all

Origin : Latin or Celtic Gender : Female Meaning : Possibly "a hard or rocky land" or "a land of hard men" Pronunciation : kal-eh-DOH-nee-ah Other forms : N/A This is one place name I can get behind, 100%. The Romans gave the name Caledonia to what is today Scotland, and is used as a poetic name for, like Britannia for Britain. It may be related to the dominant Caledonii tribe, who were Pictish. Another theory is that it comes from caled the Proto-Celtic word for "hard". Others say the word is pre-Celtic. Sìdh Chailleann is the Scottish Gaelic name for the mountain Schiehallion, and means "fairy hill of the Caledonians". Scotland has many interesting animals that live there, from the ptarmigan and stoat that live high in the mountains, to the seal and golden eagle. The thistle is the floral emblem of Scotland, and the national animal is the unicorn, which has been a Scottish heraldic symbol dating all the way back to the 12th century.
Post a Comment
Read more

Björn Andrésen Origin : Old Norse Gender : Male Meaning : "Bear" Pronunciation : bee-YORN, bee-YURN Other Forms : Bjoern, Bjarni,  Bjørn I've loved this name for quite some time, the sound, and the meaning both appeal to me greatly. I had almost totally forgotten about it until I heard it again on the TV show "Vikings", as the name of the name character, Ragnar's, son.  Björn comes an Old Norse byname, and today is used in Sweden, Norway, Germany, and the Netherlands. There is evidence of prehistoric bear worship, especially among fishing and hunting tribes. The bear is the national animal of Finland, and prehistoric Finns, and Siberians, believed that bears were the spirit of one's forefathers. The Russian fairy tale, "Morozko", tells of the arrogant Ivan, who attempts to kill a mother bear and her cubs, and is punished by having his head turned into that of a bear, and is shunned by society.  Björn Andrésen is a Swedish actor and
Post a Comment
Read more

September 26, 2013
This is something I used to enjoy doing on my previous blog. Every one post one boy, and one girl name, going by the guidelines I have given. Then, later on, I will pick the winners. Boy : First name must be the name of a bird, middle name must be a diminutive of a classic name, e.g. William, Thomas, Jonathan. Girl : First name must be the name of a authoress, and middle name must be taken from a star, or constellation. Mine : Harrier Wilkin and Djuna Cassiopeia Have fun! WINNERS: Sylvia Altair from Dellitt, and Peregrine Teddy from CaitieO. Runners Up: Lark Geordie and Anais Vega, both from fire-throne.
5 comments
Read more

Birth Announcements from the Telegraph 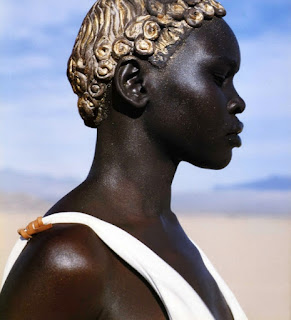 Origin : French Gender : Female Meaning : "Stern" Pronunciation : sehv-REEN or sehv-RIN Other forms : Severina, Seweryna Thanks to Shelby for suggesting Sévérine. I am sorry it's taken so long to get this up! This lovely French name comes from Severinus, which is a form of the Roman family name, Severus, meaning "stern". Sévérine is an edgy and chic name, and very unusual.  In 2000, it ranked #403 in France, but has since fallen off the charts, though I wouldn't be surprised if a few daring parents decided to use it, after it got a bit of spotlight from  Bérénice Marlohe's beautiful and mysterious character in the newest James Bond movie, "Skyfall".   Sévérine is just one of the many different forms of Severinus. The original female counterpart is Severina, and is used in Croatia, Germany, Italy, and Portugal. The Polish version is Seweryna. For boys there is Severino, Séverin, Severiano, Seweryn, Severi, Severo, and  Søren. This
Post a Comment
Read more
More posts