Showing posts from July, 2017
Show all

Statue of Libuše in Prague Gus, Theo, and Ruby - At work I recently heard of a sibset consisting of eldest brother Gus, and then Theo, and a little sister named Ruby. It's so unusual (especially in my small southern town) to hear such stylish names that I was pretty floored when I heard it. Augustine - Another name sighting from work - a little boy was calling for his friend all across the arcade - his name was Augustine. Libuše - I've really been into Czech names here lately, and this one is one of my favorites. It comes from the Czech lib - which means "love". In legend,  Libuše, also sometimes called   Lubuše, Libussa, or Lubossa, was the name of a Princess and the founder of Prague.
Post a Comment
Read more

Origin:  Māori Gender: Unisex Meaning: The name of a bird native to New Zealand Pronunciation: TOO-ee Other forms: N/A I know there aren't that many, but I'm a person who is totally obsessed with birds of all kinds. I myself own a cockatiel named Icarus (but just called Birdie), have owned a parakeet, and plan on owning birds for the rest of my life. I also love wild birds, and have recently discovered the name Tui, which is used as a name, and is also the name of a bird from New Zealand. The Tui, which was called the "parson bird" by European colonists, is one of the largest birds in the honeyeater family.  At first glance they may appear to be solid black, but they actually have a beautiful iridescent sheen, and some brown feathers on the back and flanks, along with a collar of lacy white feathers around the neck.  Tui have two voice boxes, and along with being as intelligent as many parrots, are able to make an assortment of noises and calls, and even imi
1 comment
Read more 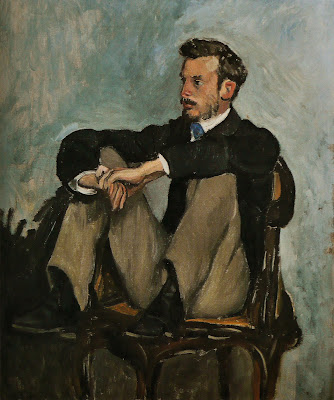 art by frédéric  bazille 2. Jules - The French are so stylish (especially when it comes to names!) and I was so happy to see something like Jules at number two. Jules is the French form of Julius, which is thought to mean "downy-bearded", and was a Roman family name. It is pronounced "ZHUYL" 95. Marceau - Known to me, and probably to most of the English-speaking world, as the surname of French actress and Bond girl/villainess Sophie Marceau, I was surprised to see this name being used as a first. It is apparently a medieval French form of Marcel. Marcel comes from Marcellus, a Roman family name which started out as a diminutive of Marcus. 113. Lilian - I never knew that Lilian was used as masculine name in France! Count me as pleasantly surprised. 133. Corentin - This gorgeous name possibly means "hurricane" in Breton, and is the name of a 5th-century Saint. 177. Sofiane - A Maghrebi transcript of Sufyan, which could have a meaning relating to
Post a Comment
Read more 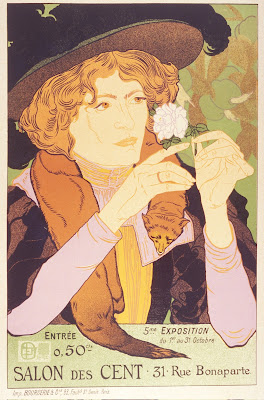 art by georges de feure Note: I know I haven't posted anything in forever, but I'm hoping to try and at least get to posting a few things every month. Work has been hectic, especially now since it's summer (the perks of working at an amusement park/arcade), so I apologize! While France doesn't release name stats every year, we do have the one from 2015 to give us an idea of what's popular at the moment. I chose only the names I found beautiful, or interesting, to highlight. Hope you enjoy! 22. Louna - I love this possible variant of Luna. I think it adds a sort of gravitas that Luna may be lacking. In Finland, this name is pronounced "LO-nah" and comes from the word lounas , meaning "southwest". 50. Capucine - A guilty pleasure of mine, this lovely name means "nasturtium". The nasturtium, or tropaeolum, is a genus of about 80 species of flowers, most often bright in color. Along with some of them being edible, with a pepper
Post a Comment
Read more
More posts