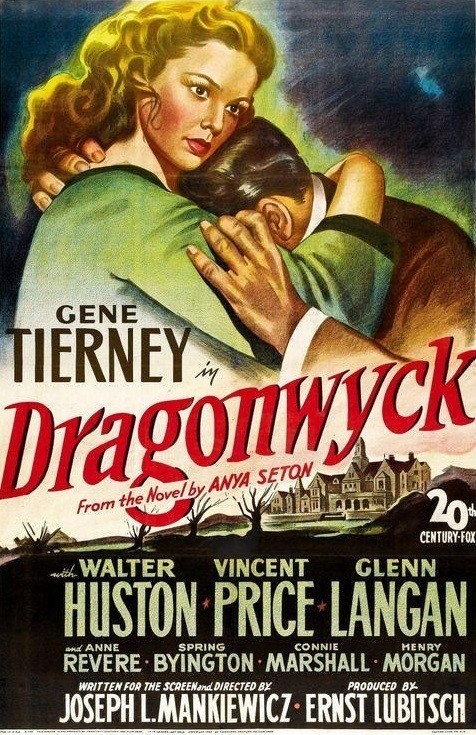 Azilde - I caught the 1946 adaption of Anya Seton's "Dragonwyck" on TV the other day, which starred Gene Tierney, Vincent Price, and Glenn Langan. A maid tells Miranda, the protagonist, that Nicholas' (one of the love interests / antagonist) great-grandmother, a beautiful woman from New Orleans named Azilde, was treated abominably by her husband and prayed all the time for something terrible to befall the family. The family is cursed to hear her sing and play her harpsichord in the infamous Red Room.
It's a wonderful Gothic classic which I really enjoyed!

As for the name, which is pronounced "eh-ZILD", it's a bit of a mystery. There is however a town in Ontario called Azilda which is named after Azilda Bélanger née Brisebois, who was one of the first female pioneers of the area and was known for her healing abilities.


Meraud, Tanis, and Loel - I came across an interesting group of siblings while researching royal and aristocratic names, that of the children of Benjamin Seymour Guinness and Bridget Henrietta Frances Williams-Bulkeley:

Meraud is a charming Cornish name with a meaning possibly relating to the sea. Tanis is said to be the Greek form of Tanith, a name with Semitic roots that means "serpent lady". Tanith was a Phoenician Goddess of love, fertility, the moon and stars. It also brings to mind the fictional "tannis root" given to Rosemary by the coven of witches in "Rosemary's Baby". Loel, I believe, is a form of Lowell (my grandfather, father, and brother's name), which is a surname that is thought to be derived of a Norman French nickname meaning "young wolf" or "little wolf".