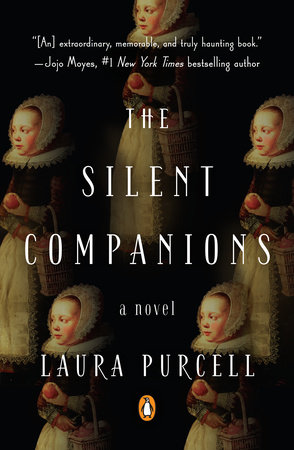 Well, I turned twenty-two on the seventh, and I have mixed feelings about it. I'm anxious about my future. It's still so undecided, while my peers, even people younger than me, seem to know exactly what they want. I feel both old and young. It's confusing.

And here I am again, trying to make myself post here more often but procrastinating as I do on everything. I feel like I'm running out of ideas (something I never thought I'd say!) regarding this blog, so if anyone has suggestions on something they'd like to see, please let me know!

Thyme - There's a new male model on the circuit, and his name is Thyme Stidworthy. I haven't been able to find much information on him or his origins, though. I think it's fascinating to see a name like this on a guy, and very refreshing.

Hetta, Merripen, and Jolyon - I recently finished an excellent novel by Laura Purcell called "The Silent Companions". If you love Gothic horror like I do, you should definitely check it out. In the book the protagonist, Elsie, has a younger brother by the name of Joylon, called "Jo" affectionately. I've always loved this name, and think it has a bouncing, boyish charm.
Another character, a Romani boy, is called Merripen. It could mean anything from "manner, fashion" to "death" in Romani, the latter being extremely fitting if true.
And the mysterious daughter of a former inhabitant of the house in which Elsie moves into is called Henrietta Maria after Queen Henrietta Maria of France, wife of Charles I. She goes by the nickname Hetta.
literary nature On My Mind Romani unusual