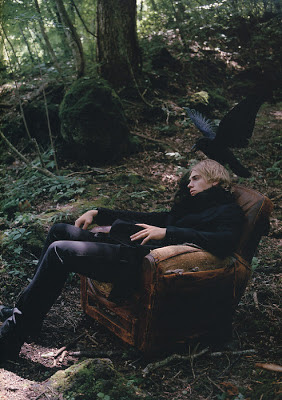 I'm so excited that it is finally October! Halloween is my favorite holiday, and ravens are perfect for the season. The word "Raven" comes from the Old English hræfn. Ravens are extremely intelligent, and are highly playful. Juvenile ravens are the most playful of all bird species, and even make their own toys out of twigs! They are depicted many different ways throughout many different cultures. In Sweden, ravens are thought to be the ghosts of murdered people, and in Germany, they are believed to be the souls of the damned. In the Tlingit and Haida cultures, the Raven was a trickster and creator God. In Norse mythology, Huginn and Muninn, are Odin's ravens that fly all over Midgard and bring back information to him. Ravens are on the Coat of Arms for the Isle of Man, and the Baltimore Ravens are a national football league, with a raven mascot named Poe.

Raven is a much more popular name for girls, though I think it sounds fresher for boys.